How to Augment Spaces

Archi VR allows you to augment your captured spaces in a variety of ways. Add custom markers like arrows and text using the built-in user-generated content tools. Import 3D models from downloadable catalogs. Make your room scan even more detailed by marking the location of interiors and equipment such as furniture or machinery. And finally, take it even further with app extensions for AR services, workflows, and curated AR presentations.

Once a room is captured, users can easily add their own virtual content right from their mobile devices. This allows users to create persistent, location-specific information that the user or other collaborators can revisit or edit later. 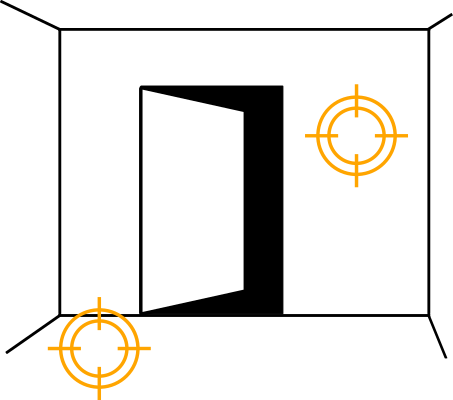 Mark a spot at floor or wall 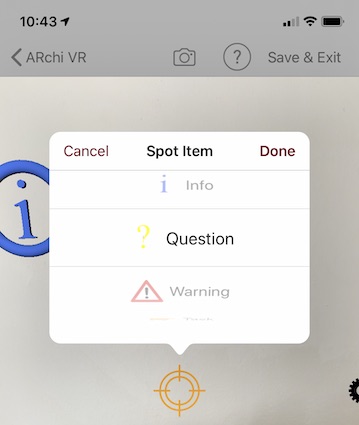 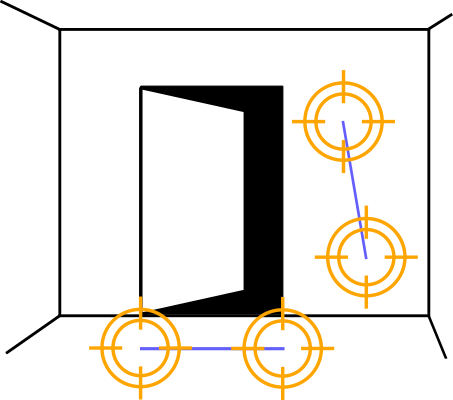 Capture route on floor or wall 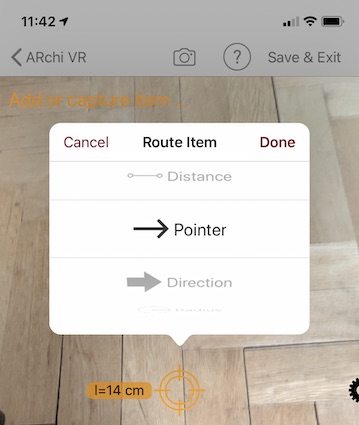 Color-coding and types of zones 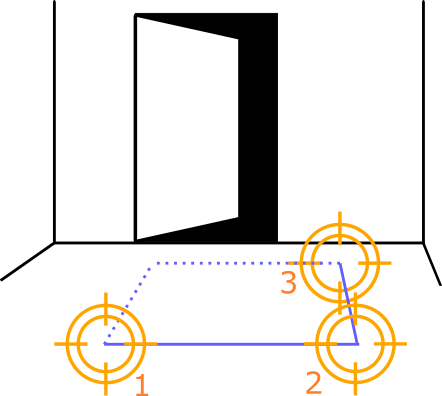 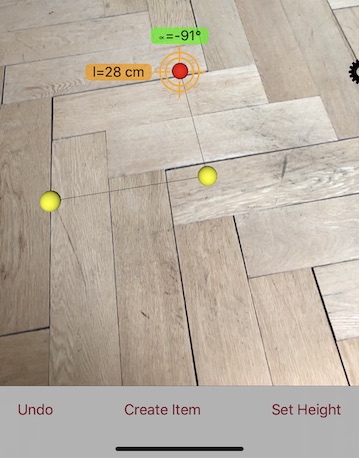 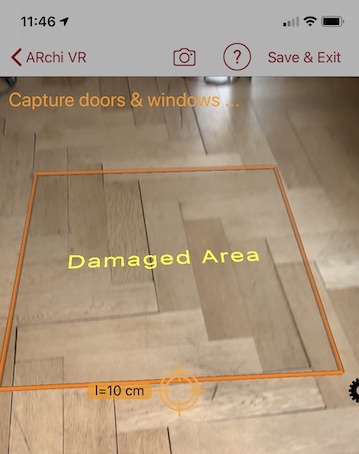 Visualization of zone in AR 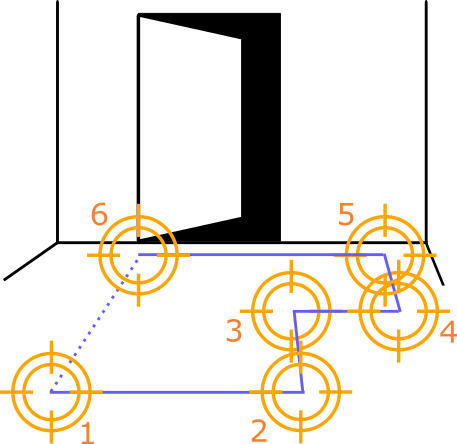 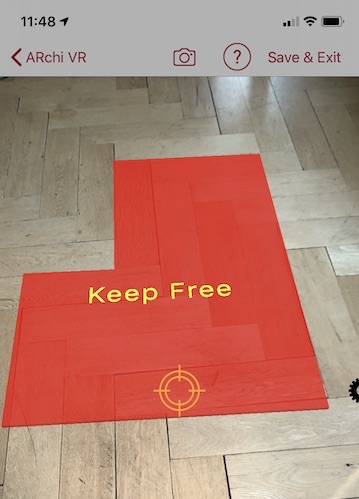 Visualization of a L-shaped zone

Capture an Object standing at Wall

Furniture against a wall can be captured a couple different ways: Objects captured this way are attached to the wall and keep their orientation aligned to it. 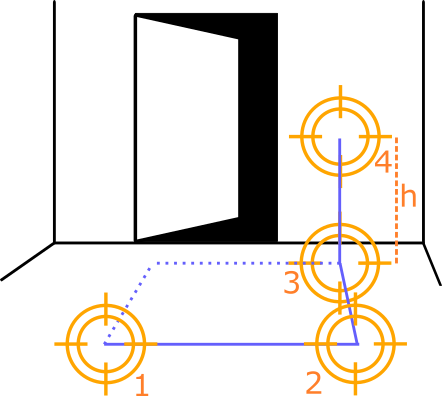 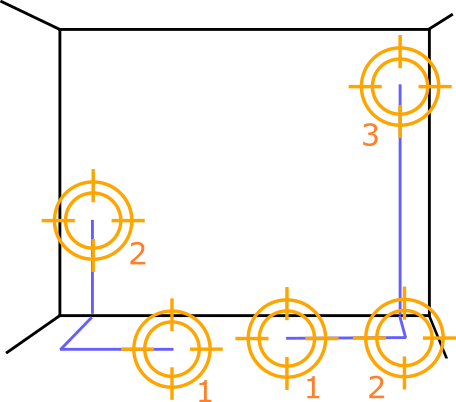 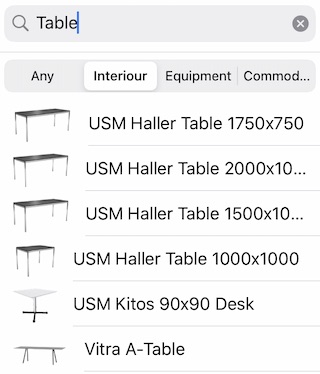 Filter and search in catalog 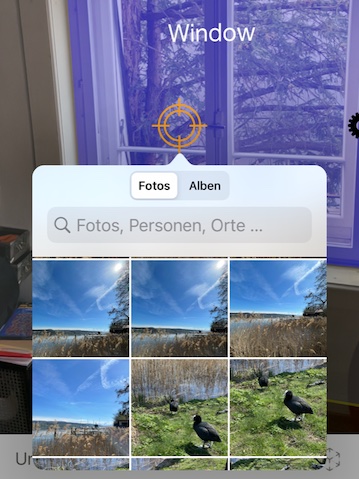 Act on an AR Item with Gestures 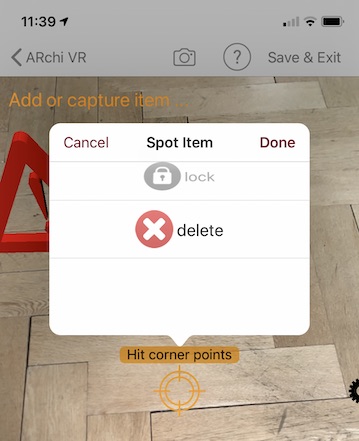 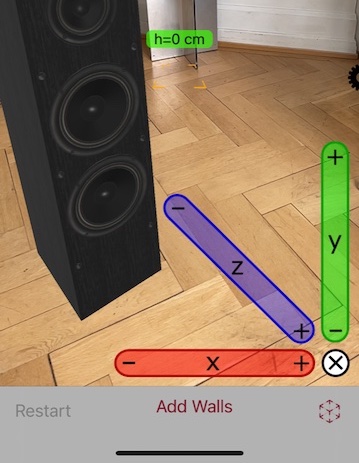 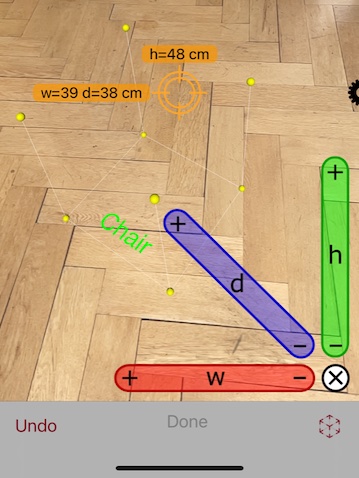 Once you have created an AR item, it can be enhanced with media content such as image, text, and voice messages or with an URL link. Specific editors allow the creation and selection of the media content. When an AR item is enhanced its visual representation starts to pulsate to depict that it is interactive. By tapping on a pulsating AR item the connected media content will be presented to the user in a popup window.

Once you have captured and augmented a room, you can

Captured room as AR, as 3D, as 2D floor plan, with attached camera snapshot, and its meta data

The ARchi VR App supports five types of customer-specific App extensions: App Extensions allow 3rd party providers to extend the functionality of ARchi VR. Metason as developer of ARchi VR also provides some App extensions to demonstrate that feature, a few of them are preinstalled, others can be installed as explained below.

In the Session Defaults view the "App Extensions" entry shows how many extensions are installed in ARchi VR on the current iOS device. 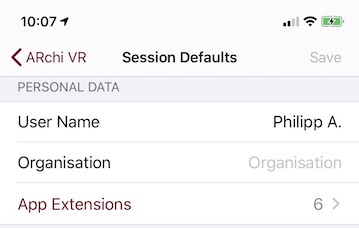 Tap on "App Extensions" to open the extensions listing.

Universal Links allow users to seamlessly follow links either inside the mobile app or on a website. If a Universal Link is visited on an iOS device it can directly be shown in ARchi VR by the "OPEN" button. Even if ARchi VR is not yet installed, the user may install and open the app from within the Safari Web browser. 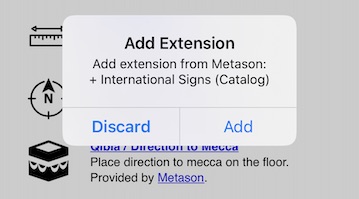 Opening a Universal Link of an App Extension in ARchi VR will present a dialog in order to accept the intallation on the current device.

ARchi VR App Extensions are technically based on "declarative AR". Instead of using a programming or scripting language to develop an extension by an algorithm that specifies HOW it should work, the "decalarative" approach is focused on specifying WHAT should be done with which object. The declarations of ARchi VR App Extensions are stored in JSON data structures and do not include conventional program code.

Find more information in the Technical Documentation on how to develop App Extensions and how to create curated AR content for the ARchi VR App. 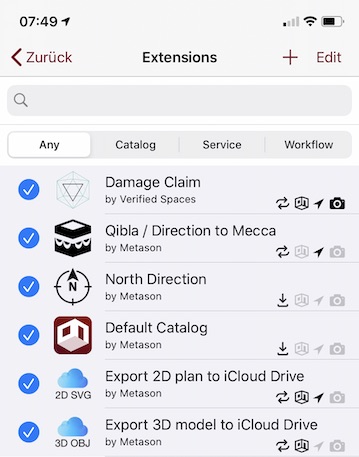 Details of an App extension

You can download additional catalogs using App Extensions, for example:
Catalog Extension: A simple catalog with 5 elements as an example
Universal Link for easy intallation of App extension: /ar/ext/metason/examples/cat

The catalog selector presents all elements of all installed and enabled catalog extensions. 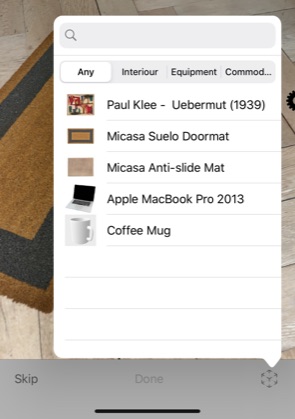 A service extension facilitates adding interactive or animated items to the AR scene. A service can be selected by the user during an AR session by wiping the gear wheel from right to left. A service selector will appear that lists all installed AR services. Select a service for starting its execution.

A workflow can be manually or conditionally triggered after saving an AR space. You may manually start a workflow in the Meta Data view by tapping the "Workflows..." button and selecting a workflow from the popup menu. A workflow typically sends data to a Web service and returns a link to a document that is added as attachment to the space. This document can be viewed by selecting the "Attachments" button (just above the "Workflows..." button).

The result of a workflow could for example present: Example of a Workflow extension:
Workflow Extension: Space Statistics
Universal Link for easy intallation of App extension: /ar/ext/metason/spacestats
ARchi VR has two workflow extensions preinstalled: The App extension for exporting a 3D model from the mobile ARchi VR app saves the files to the personal iCloud Drive (and not as attachment). The data is then synchronized with your desktop computer from where you can open the OBJ/MTL files from that iCloud Drive in a 3D CAD editor. 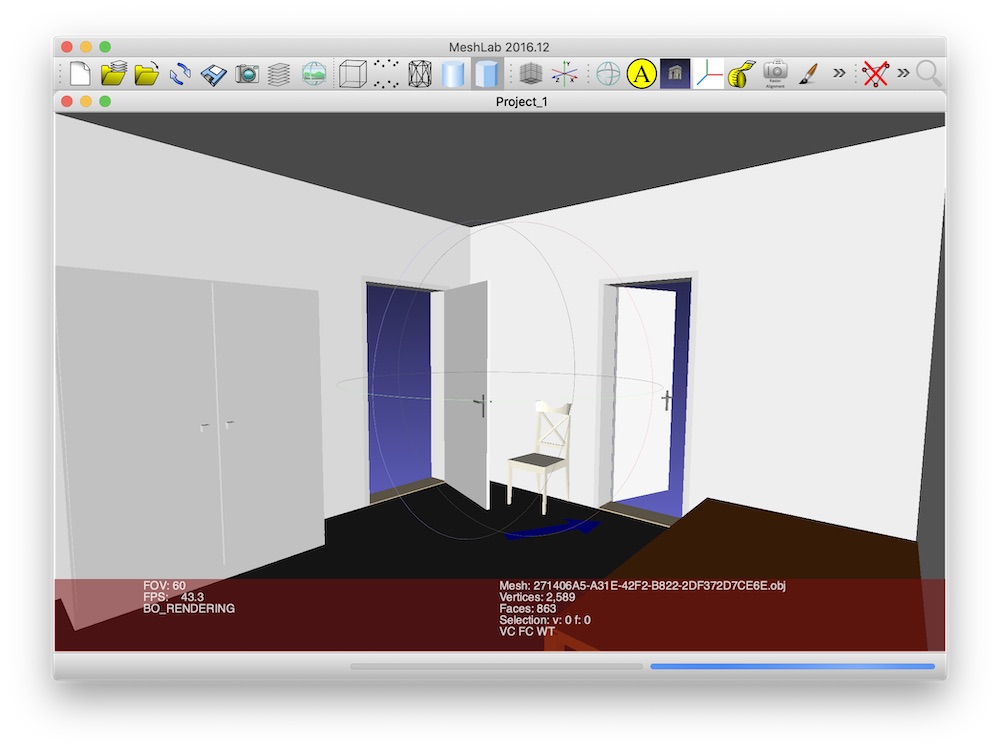 An attachment as a result of a workflow

An AR presentation is a set of curated webpages and AR sessions. A user can open curated AR content using universal links provided by registered organizations.

HTML page of a curated AR

Create your own App Extensions

The Developer extension enables the creation and on-device testing of extensions via iCloud Drive without needing a Web server.

Find more information in the Technical Documentation on how to develop App Extensions and how to create curated AR content for the ARchi VR App. 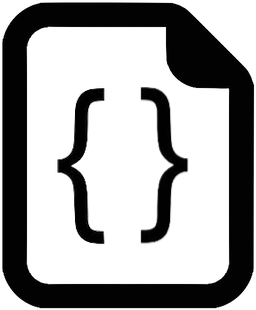